I don’t get around to writing many full-length book reviews for this blog. But this year, I’ve decided that I’m at least going to write semi-regularly about what I’m reading, and what I’ve read so far.

My pace was abysmal in 2014, and it’s slightly better in the first month and a bit of 2015 — but I still catch my attention wandering a lot whenever I sit down to read almost anything. I’m sure I have some kind of attention span issue, and the fact that I’m currently reading 5 books simultaneously is testament to that possibility. I’ll list those books shortly, but first I’ll talk about what I’ve successfully finished since the year began.

(Note: I thought about listing comics and graphic novels in this post as well, but I might save them for separate posts.)

First up this year I finished this absolute monster of a tome. I actually started it in October last year, and it took me that long to get through the 1100+ pages. But it was pretty good! The real star of the book was the incredibly detailed world, which Hamilton attended to with the eye of a documentarian. It’s a fundamentally fantastical future universe (what with FTL and wormholes, not to mention the magic elf-like aliens) but thanks to Hamilton’s skill it feels plausible, and that’s an amazing achievement.

There were tons of characters too, and I can’t honestly say I was equally enthralled in all the different plotlines. When some characters showed up and took center stage for 50 pages or more, I could barely scrape through to the next chapter. But other characters’ stories were absolutely compelling, and I tore through those sections. I’ve seen a lot of dislike out there for Ozzie’s chapters, but his adventures were some of the best parts for me.

I’m really looking forward to Judas Unchained and the end of the saga, but before I begin that journey, I need to get some shorter SF novels under my belt.

END_OF_DOCUMENT_TOKEN_TO_BE_REPLACED

It’s not too early to post a New Year’s resolutions post, is it? Oh, it is? Well, I’m going to do one anyway, because currently I’m neck-deep in books that will take me until the end of this year to finish — so whenever I think of books I want to read in the future, I know I’ll be starting them in January 2015 at the earliest.

2014 hasn’t been a very bookish year for me. I’ve been busy with (or just distracted by) quite a lot of other things, and my reading has fallen by the wayside. In previous years I’ve read anywhere from 40 to 52 books (that perfect one-per-week goal, sigh) but this year I’ve finished just 23; and I know for a fact that I won’t hit 30 by the end of December. So it’s been pretty slow year.

Next year I want to aim high again. I don’t know if I’ll reach 52, but I’m going to do my best, hopefully by limiting distractions from Youtube and other places! Of course, when other things arise that are actually worthy of my attention (most notably my university studies) I will probably have to sacrifice reading time.

Here’s a list of some of the books I want to read next year. I’ve talked a little about each one and why I want to read it. I’ve excluded non-genre and non-fiction works because they’re not the focus of this blog, but I intend to read a smattering of those as well (particularly some books about history). Most of the following I already have in my possession, but some won’t be released until 2015. Of course, there will be some not-yet-announced 2015 releases that I’ll want to read as well, and I may discover new obsessions that will rocket other titles to the top of my reading list. All added together, here’s hoping I can reach 52 books next year!

END_OF_DOCUMENT_TOKEN_TO_BE_REPLACED

I have a staggeringly huge to-read list, yet thanks to my slowish reading speed, other things competing for my attention, and the fact that I’m in the second year of a PhD, I know I won’t get through too many books this year. In the last few years I managed around 45-50 books per year. Anyway, I thought it would be fun to list off some of the SF&F fiction I can’t wait to get stuck into this year. It’s not a comprehensive list, and I’ve left off non-genre fiction and nonfiction because that’s not what this blog is about. Here are my “can’t wait to read” genre fiction titles for 2014:

Annihilation by Jeff VanderMeer – I have, shamefully, never read a Jeff VanderMeer novel, so I intend to start with this new book before making my way through his back catalogue. He is often compared with China Miéville, and I find myself having a hankering for some New-Weirdness. This book sounds like an expedition into VanderMeer’s version of Miéville’s Cacotopic Stain: nightmarish and bizarre, and I am down for the ride!

A Darkling Sea by James L. Cambias – A debut novel with hard-sf, alien contact and galactic politics? I’m there! This does sound rather similar to City of Pearl by Karen Traviss, only set underwater, but I’m a sucker for first contact stories (or any stories with well-realised alien races).

Echopraxia by Peter Watts – Sequel to Blindsight, one of the scariest and smartest SF books I’ve ever read. Cannot wait.

END_OF_DOCUMENT_TOKEN_TO_BE_REPLACED

I’ve been reading science fiction avidly for about 5 years now, and I really got into it to begin with thanks to the Mass Effect video game series. Those games have, I believe, a sense of worldbuilding that’s hard to find in published science fiction. As a setting for SF stories, it’s unbeatable to my mind. It’s a densely-populated galaxy filled with humans and numerous, diverse alien species, living and working side by side. It’s a co-operative, optimistic future, despite all the peril it gets put in during the games’ storylines. To put it simply, it’s a future I would love to live in.

The notion of entirely alien species being your co-workers, friends and even romantic partners is just such an alluring one, and it’s why I’ve read far and wide trying to find an SF author who feels the same way. While I’ve found some wonderful authors that come somewhat close to the feeling I got from those games (Reynolds, Banks, Brin, Vinge, and others… see below), I’ve yet to find any novel or series of books that entirely scratches that itch. A reading experience that brings to life a universe I want to live in and explore.

The first Mass Effect game came out in 2007, with the sequels coming in 2010 and 2012. I don’t blog about video games, so I won’t go much more into the specifics of their releases, but they were pretty damn popular. And they were, deservedly, critically acclaimed; yes, even the third title with its controversial ending. Moreso, they are without a doubt influential and key works of recent space opera. The website io9 called the series a “major highlight in the history of space opera” and “the most important science fiction universe of our generation”.

END_OF_DOCUMENT_TOKEN_TO_BE_REPLACED 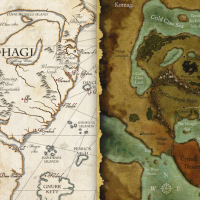 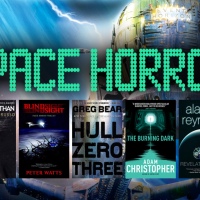 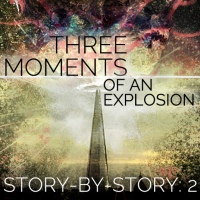 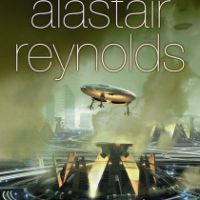 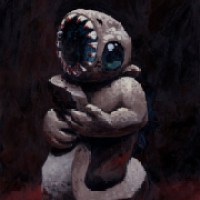