Welcome to the first regular post in my chapter-by-chapter reread of The Scar. For more info about this series of posts, click the link directly below to go to the introduction and index. I won’t bother recounting the plot of each chapter in detail, I just want to give my thoughts as they come. Some will be overall thematic considerations, others will focus on the minutiae of the descriptions. WARNING: WHOLE BOOK SPOILERS MAY BE PRESENT!!! 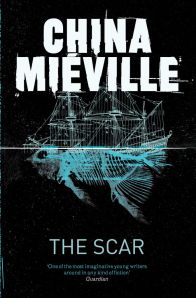 The Scar opens with a 5-page prologue which sets the tone of the entire novel: dark, frightening and organic. It introduces the sea almost as a character, much like New Crobuzon was introduced as a living organism in Yagharek’s narration at the start of Perdido Street Station. The descriptions of life in Bas-Lag’s oceans include creatures familiar to us as well as weirder things. Miéville’s love of cephalopods was on display here, with the mention of “presences something between molluscs and deities” haunting the deep crevasses of the ocean. Reading this sentence post-Kraken, it’s easy to see that those presences were lurking in the crevasses of Miéville’s brain all that time as well. Another cephalopod pops up as an underwater analogue to a hunting falcon, reared by a he-cray. The narrative switches to his perspective, and in the few pages before he is killed by the grindylow we get an appreciation that Bas-Lag’s ocean is as packed with sentient life as its cities are.

The Cray will reappear in a few chapters. They represent yet another of Miéville’s weird twists on the more typical half-humans of fantasy (centaurs, etc). He has lots of these (see the Khepri, Garuda, Inchmen, and so on). It’s interesting that so many of his races have anthropomorphic attributes—but then again we are given hints of far weirder races (such as the Llorgis… I can’t remember which book they’re in but they’re never described thoroughly, only that they have trilateral symmetry). Perhaps Miéville is trying to make his creatures even more strange and repelling by giving them some human features, so that we’ll recognise the twisting of our own morphology. None, in my opinion, is more horrifying than the Anophelii, who inhabit this book… but I’ll return to them later.

This prologue is one of my favourites of Miéville’s books. From the very beginning we know that something horrific has entered the ocean from within the rock shelf (actually, if I recall correctly, the Grindylow tunnelled through the narrow coastline from an inland lake—so this would be the exact moment they reach the sea), but so far we don’t know why they’ve come or what they’re after.

The first Part of the book (of seven in total) is titled “Channels”. I can think of the river (The Gross Tar) itself, as well as Bellis being a channel for the captain of the Terpsichoria to communicate through to the Cray.

We begin the book a few miles outside of New Crobuzon. In fact, I don’t think we ever see the city itself in this book. We learn about the Grain Spiral, then we’re introduced to Bellis. Forty-something, insular, moody. Do we ever find out why she’s like this, so cold and mistrustful of other people? I can’t remember. I wonder if she’s based off some academic Miéville knows. We get the first chunk of her letter, which shows hints of the eventual reveal that it’s a letter to nobody in particular (“I don’t know if you know this.” and so on).

I like that Bas-Lag has different names for its days and months. I mean, of course it would, considering it’s not Earth, but I just liked that Miéville put effort into his worldbuilding in this case. This letter is dated Skullday, and also mentions Chainday and Dustday. I can’t recall all of the days of the week, or the order they go in, or even why they are called what they are called (or if it’s ever explained). I will try to keep track of it as I read. The current month is Rinden. I’ll try to note the other months as they’re mentioned too.

Bellis’s mistreatment of Sister Meriope is hilarious. Just thought I’d note that. I can’t remember if she pops up later, in Armada. I’ll look out for her. Darioch is the god that Meriope serves. Whether or not Darioch is related to Jabber, the Jesus of Bas-Lag, is yet to be seen. “Jabber”, by the way, is the best curse word. I am particularly fond of “Jabber, spit and fuck”, which I swear is said at one point. Or maybe I made it up. Not much to say about Captain Myzovic. He gets killed soon anyway, so it doesn’t matter. “English” in this book is called “Ragamoll”. We’ll learn about lots of other languages soon enough. Bellis is a linguist after all.

The chapter ends with a train-of-thought passage from Tanner Sack, before we meet him properly. Miéville does this really well. I love the notion that a simple act of moving prisoners and putting them in different places and spatial arrangements in a new cell completely upends all the alliances and hierarchies of their former prison. The next train-of-thought section, which we’ll see after chapter 5, is not written as well, in my opinion. But I’ll come to that.

In this chapter the journey gets underway. There’s an all-too-brief description of the Terpsichoria‘s crew working, including one of the book’s only mentions of the Hotchi. These spiny hedgehog-like people are one of my favourite races in Bas-Lag. They’re so underused in the trilogy. They get a tiny bit more “screen time” in Iron Council, when we learn about the giant roosters they ride around on. I really want to see more of them.

Bellis’s first impressions of the sea as “a massive moronic child. Powerful and stupid and capricious” are simply marvellous.

The rest of this chapter introduces us to the islands to the east of Rohagi’s coastline (Rohagi being the continent New Crobuzon is situated on), as well as some of the languages of this world. Salt is the language of the sea, a creole of thousands of other languages. We later find out the grammar is very simple. It would have to be, if the vocabulary was as vastly sourced as that. Other languages mentioned: High Kettai (Bellis’s specialty, which will be very important later), Salkrikaltor Cray, Perrickish, and others that aren’t given names.

We also meet our other two protagonists, Shekel and Tanner; get introduced to the relatively major character Dr. Tearfly; and hear about some more of New Crobuzon’s pantheon (Crawfoot, a friend? of Darioch, as well as Salter and the Batskin Brood)… I really wish Miéville would write a sort-of Silmarillion of Bas-Lag, because I want to know so much more about their legends.

Terpsichoria – The only named ship so far, unless I skimmed over one. It’s a steamer, but also has sails that can propel themselves with a weather-controlling machine (mentioned in a later chapter). Captained by Myzovic. As far as I can tell it’s a private ship under contract with New Crobuzon’s government. 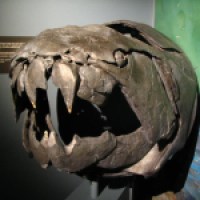 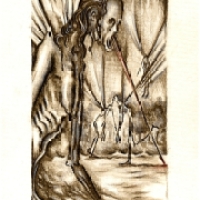